Some time back we wrote about experiences of a man in Italy, where he met an Italian who told him how brave in war and kind to war prisoners were Sikhs during their campaign in World War II. There are countless stories of bravery and valour of Indian soldiers who fought in alien land, for a country they did not belong only for a better world.

Indian Army heavily contributed in both world wars in terms of manpower and resources which has led even Field Marshal Sir Claude Auchinleck to comment, that the British “couldn’t have come through both wars (World War I and II) if they hadn’t had the Indian Army.”

During World War-1, Indian Army contributed over 1 Million Troopers who were deployed to fight the Great War overseas. After oil was discovered at Majid-e-Suleiman, it became a strategic asset for the British. After the Ottoman Empire Army was moved on, Indian expeditionary force was sent to Persian Gulf to protect these assets. Indian Army also arrived in Marseilles where they fought alongside the Allied Forces at Battle of La Bassée. However the Indian soldiers were poorly equipped to fight in the European climate with old Lee-Enfield Bolt Action Rifles lacking any clothing or support to sustain the harsh climate and German Assault respectively.

Almost 130,000 Indians served in European theater of war where almost 9,000 soldiers were martyred due to fighting, starvation, diseases and climate. Later, Indian Army was sent in to invade the German East Africa under Major General Arthur Aitken where they were defeated at the hands of Germans in Battle of Tanga.

Another Indian Expeditionary Force was to be used in defending the British East African but later they were broken where they fought during Battle of Kilimanjaro and subsequent conflicts where tough German defense, poor intelligence and widely scattered troops led the British to gain nothing.

The largest Indian expeditionary force served in Mesopotamia, where they fought the Battle of Ctesiphon which was a serious set back against the Ottomans and later they were engaged in Siege of Kut where almost 8000-strong British-Indian Garrison was kept under siege for almost 5 months. All attempts to break the siege was unsuccessful and after diseases and starvation spread, the Ottoman Army siege resulted in its victory. Indian Soldiers also served in Battle of Sharqat in 1918 which was the last battle before the signing of the Armistice of Mudros. Another Indian Expeditionary Force served in Egypt and Palestine where they served in the famous Battle of Haifa. 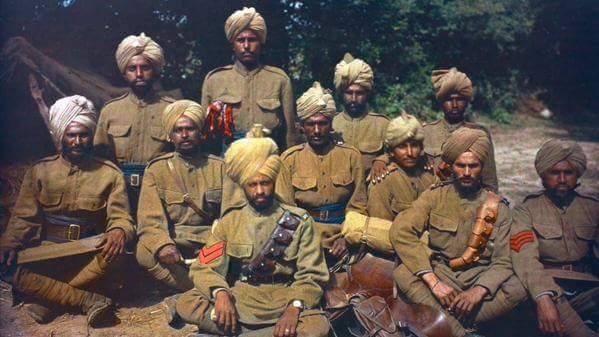 The most painful part for Indian Soldiers during the campaign was to remain away from their motherland and face death and destruction in an unknown country in pure tragedy with whom they had no cultural resemblance or whatsoever. No doubt they were heroes who fought for another cause, in harsh climates and unforgiving terrains serving for someone who was an oppressor in their own homeland. Even after the war, the British broke the promise which they had made before the Great War: The promise of Self-Rule. It laid waste to the hardships and contribution of Indian Soldiers in the War about which Nobel Laureate Tagore wrote:

“We, the famished ragged ragamuffins of the East, are to win freedom for all humanity. We have no word for ‘Nation’ in our language.” 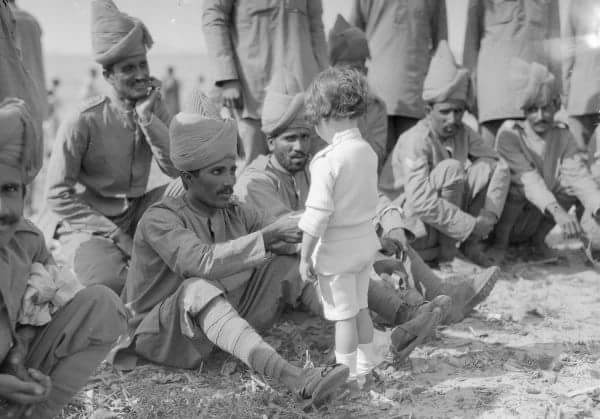 British went further on with their oppression on Indians by imposing Rowlatt Act which further paved way for a strong determination in Indians for freedom from British. About 62,000 Indian Soldiers died during World War-1 while 67,000 Soldiers were wounded. Many Indians overlook the contribution of Indian Army during either of the World Wars recognizing it as a Colonial War with nothing to feel proud off. India Gate which was built in 1931 at least commemorated those Indians who died during the World War-1.

At the outskirts of Neuve-Chapelle in Belgium there lays the a World War-1 memorial which honors the Indian soldiers who died fighting during Battle of Neuve Chapelle. Marshal Ferdiand Foch who was present when the memorial was unveiled addressed the contribution of Indians in these words :

“Return to your homes in the distant, sun-bathed East and proclaim how your countrymen drenched with their blood the cold northern land of France and Flanders, how they delivered it by their ardent spirit from the firm grip of a determined enemy; tell all India that we shall watch over their graves with the devotion due to all our dead. We shall cherish above all the memory of their example. They showed us the way, they made the first steps towards the final victory.”

The article written by Harsh Bardhan, with inputs from Raghav Gakhar.

India to get access into Japanese Djibouti base: More Worry for China