On 23 September 2017, Indian Army’s camp in Uri sector of Kashmir was attacked by militants. When the shift of patroling and duty just ended and soldiers were resting in their tents. Militant from across the border opened fire and lobbed grenades in the tents of the sleeping soldiers.

Four terrorists attacked 12 Brigade headquarter. Pakistani terrorists fire terribly on the sleeping and unarmed soldiers. Those who were sleeping in the tent remained sleeping forever. Soldiers who were filling diesel from storage tanks to barrels were burned alive. Few retaliated and defended the camp untill help arrived in the face of Para Special Forces.

The shocking attack made the wave of sorrow across the nation. Every Indian was mourning for the brave hearts who sacrificed their lives without any question. 18 soldiers were martyred in the attack of Uri camp and several were injured. Special Forces killed the terrorists by blasting out the building in which they were hiding, but that was not the end. India was crying for revenge of such cowardly attack on sleeping attack, the government responded accordingly. Prime Minister gave green signal to the Army’s special forces to carry out operation against the terrorist camps in POK.

Special Forces reacted like they were waiting for it, preparing for it since forever. On 29 September, just after 6 days of the attack Indian Army Special Forces carried out cross-border operation against 7 launch pads terrorist outfits in POK. 100+ terrorist were killed and the revenge by the Indian Special Forces in the name of their martyr brothers served cold. Several officers and Jawans are noW getting the most needed attention and awards for carrying out such dangerous mission.

Major Rohit Suri of 4 Para Special Forces of Indian Army led the team of special forces operators into the raid of 29 September. For his courageous act and excellent leadership skills he recieved Kirti Chakra. 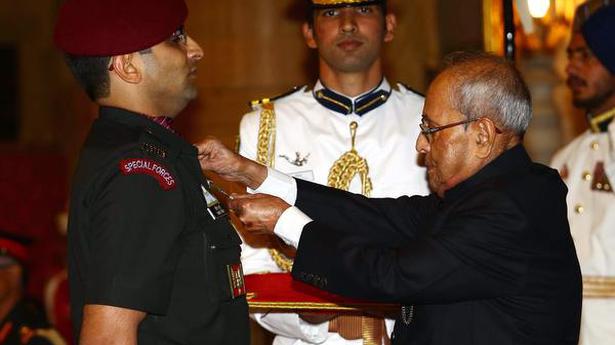 Major Rajat Chandra was part of the recon team, who went in very close to the enemy position for the close surveillance. Major Chandra marked several targets and collected critical information for his squad. Major Chandra also led the assault group which was taken to heavily fortified hideout. He engaged the terrorist from very close range and killed two terrorist on the spot, then he came under heavy fire, he swiftly responded by crawling and closed in the firing position and shot the militant who was holding automatic weapon. Major Chanda Showed exceptional courage and combat leadership and earned Shaurya Chakra.

Major Deepka Upadhyay fulfilled the dream of his Kargil martyred father and made him proud wherever he is, Major Deepak Upadhyay was the part of the team who conducted the cross border operation inside POK. He was very eager to take revenge of its innocent brother who were martyred in the Uri attack. Major Deepak is currently serving in the special forces of the Indian Army. Major Upadhyay earned Shaurya Chakra for his brave deed in the raid.

Captain Ashutosh Kumar was the part of sub squad and the first responder to any hostility. Captain Ashutosh successfully sneaked in as near as he could from the hideout by using cover of the dark. He concealed himself so well that nobody can see him, when the firefight started his squad was briefed to cover the escape route of the terrorist. In case, anyone tried to escape Captain Ashutosh have to shoot him down and he done his job perfectly by killing two terrorists with his accurate firing.