While touring the Bhabha Atomic Research Center in Mumbai on 7th September 1972, the then Prime Minister Smt. Indira Gandhi gave verbal authorization to the officials to manufacture the nuclear bomb they had designed and prepare it for a field test . Following this authorization, the engineering to implement the design began. Work also began on locating, surveying, and preparing a suitable test site. It is known as “Peaceful Nuclear Explosive” by the Indian Government, but commonly called Smiling Buddha, very few records of any kind were kept either on the development process or the decision making process involved in its development and testing. This was to help preserve secrecy, but it resulted in the events being documented mostly by oral reports even several decades later.

The task of keeping Operation Smiling Buddha secret was given to R&AW. It was the first time that R&AW was involved inside India. Nothing much is known about the role of R&AW in the operation.

The leader of the team developing the device was Raja Ramanna, director of BARC. He worked closely with Dr. Basanti Dulal Nag Chaudhuri of director of the Defense Research and Development Organization and the scientific advisor to the Defense Minister to coordinate the work of system development. P.K. Iyengar played a lead role in directing the development effort ; and R. Chidambaram lead the nuclear system design effort. Dr. Nagapattinam Sambasiva Venkatesan directed the DRDO Terminal Ballistics Research Laboratory in Chandigarh which manufactured the system. 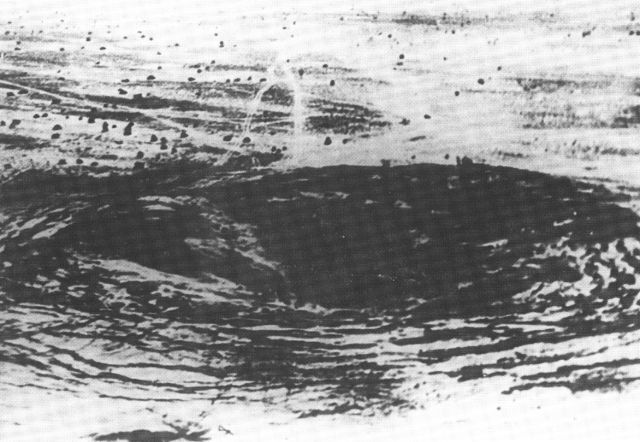 It should be considered one of India’s greatest achievements because it was the first successful nuclear test by nation outside the five permanent members of the United Nations Security Council. Another Indian achievement would be complete failure of the famed American Intelligence, as the Nixon administration was caught completely unaware. These are not mere assumptions but backed by declassified American Intelligence files.

The Nixon administration assigned a low priority to the Indian nuclear program and there was no sense of urgency to determine whether India was preparing to go nuclear. Intelligence on the matter was almost non-existent during the twenty months before the tests. The oversight can be attributed to the cold relationship between India and the United States during the Nixon era.

In 1972, two years before the test, the US Bureau of Intelligence and Research predicted India could make preparations for an underground test without detection by American intelligence. The report warned the Nixon administration that they have given a low priority to relevant intelligence collection activities. The report also said that the administration was more focused on the Vietnam war and a greater strategy towards China and the Soviet Union.

However, the small cluster of leads about a test had such low reliability and credibility, that they prompted a review of India’s nuclear intentions by government establishments. In the end, the US Intelligence could not determine whether India had made a decision to test although an upcoming lead suggested otherwise.

While the US State Department, equivalent to the Ministry of External Affairs in India, had cautioned India against nuclear tests in 1970, the concern was never quite overwhelming, not for the then Prime Minister, Smt. Indira Gandhi. The outcome : India succeeded and India’s Intelligence Agency, the Research & Analysis Wing (RAW), pulled a victory over its American counterparts.

After 25 years, APJ Abdul Kalam and the team fooled USA yet again to test the nuclear bombs at Pokhran in Operation Shakti.

India to get access into Japanese Djibouti base: More Worry for China

Pakistan Warns India of Ten Surgical Strikes if India does One

12 Brave Heroes of Kargil War Who Gave Their All